Writing for magazines such as The Sky At Night, Focus and All About Space is a fun challenge that often takes me to the cutting edge of astronomical research and involves interviewing leading scientists around the world – there’s nothing like getting the inside scoop on the latest discoveries and helping to bring them to a wider audience…

The Week Junior: Science and Nature

Over the past year I’ve been a regular writer for Dennis Publishing’s science-based monthly spinoff from the hugely successful The Week Junior. From the pilot issues to the monthly launch in autumn 2018, the magazine has gone from strength to strength. I contribute a regular Starwatch guide to the night sky, Mysteries of Science features that look at scientific explanations for unexplained phenomena, and occasional feature and news articles such as the launch issue’s cover story on future crewed missions to Mars.

All About Space magazine

For the past few years, I’ve been a regular feature writer on Future Publishing’s space and astronomy title, putting together detailed articles based on breaking news and current research. It’s a challenging but hugely enjoyable task that involves interviewing researchers about new discoveries and ideas at the cutting edge of physics and cosmology, and helping to convey these ideas clearly to an interested but non-expert audience. Particular highlights for me have included ironing out my understanding of multiverses with Matthew Kleban of NYU, chatting with the legendary Hal Levison about “pebble accretion” and the early days of the solar system, getting the embargoed inside story from Guillem Anglada about the discovery of the nearby exoplanet Proxima Centauri b, and interviewing the one and only Seth Shostak about how we might talk to aliens.

A few years ago I had the pleasure of working with Eaglemoss on developing and producing two separate astronomy partworks. Build a Model Solar System was a 52-issue magazine that allowed readers to construct an antique-style brass-plated orrery spanning all the major objects of the solar system. After helping brainstorm the initial concept, planning and writing most of the test issues, I acted as lead author and consultant editor throughout the magazine’s run, usually contributing two or three articles per issue. The magazine’s specific scope meant that we were able to look at more detailed topics than usual, building up an encyclopaedic overview of the solar system across the run.

Following the success of the initial magazine, Eaglemoss were keen to launch a follow-on, and the result was Build a Model Earth Moon & Sun Orbiter. This time, the covermount project was a more obscure but equally beautiful astronomical simulator called a tellurion. Once again I acted as lead author and consultant editor throughout, but this time the magazine focussed in greater detail on the three title bodies, allowing us to look into the latest ideas about geology, earth sciences, evolution, solar physics and our unique satellite. 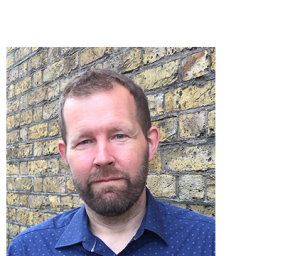 After studying astronomy at University College London and Science Communication at Imperial College, I set out on an Exciting Adventure with Illustrated Publishing. I’ve since written a string of beautiful and successful books on astronomy, science and other cool subjects, and am also a regular contributor to magazines including All About Space and The Sky at Night. When I’m not doing the day job, you’ll find me fanboying about Doctor Who or lost in some obscure corner of history…